Need to get rid of a parking dent?

A dent in your bodywork? Multiple shallow dents following a hail storm? We use PDR (paintless dent repair) techniques to make the dents invisible without having to repaint the bodywork. Depending on the dent, our specialists use the push or pull technique to obtain the best result .

If your car ’ s paintwork was also damaged where the dent happened, we can quickly and easily repaint it locally. 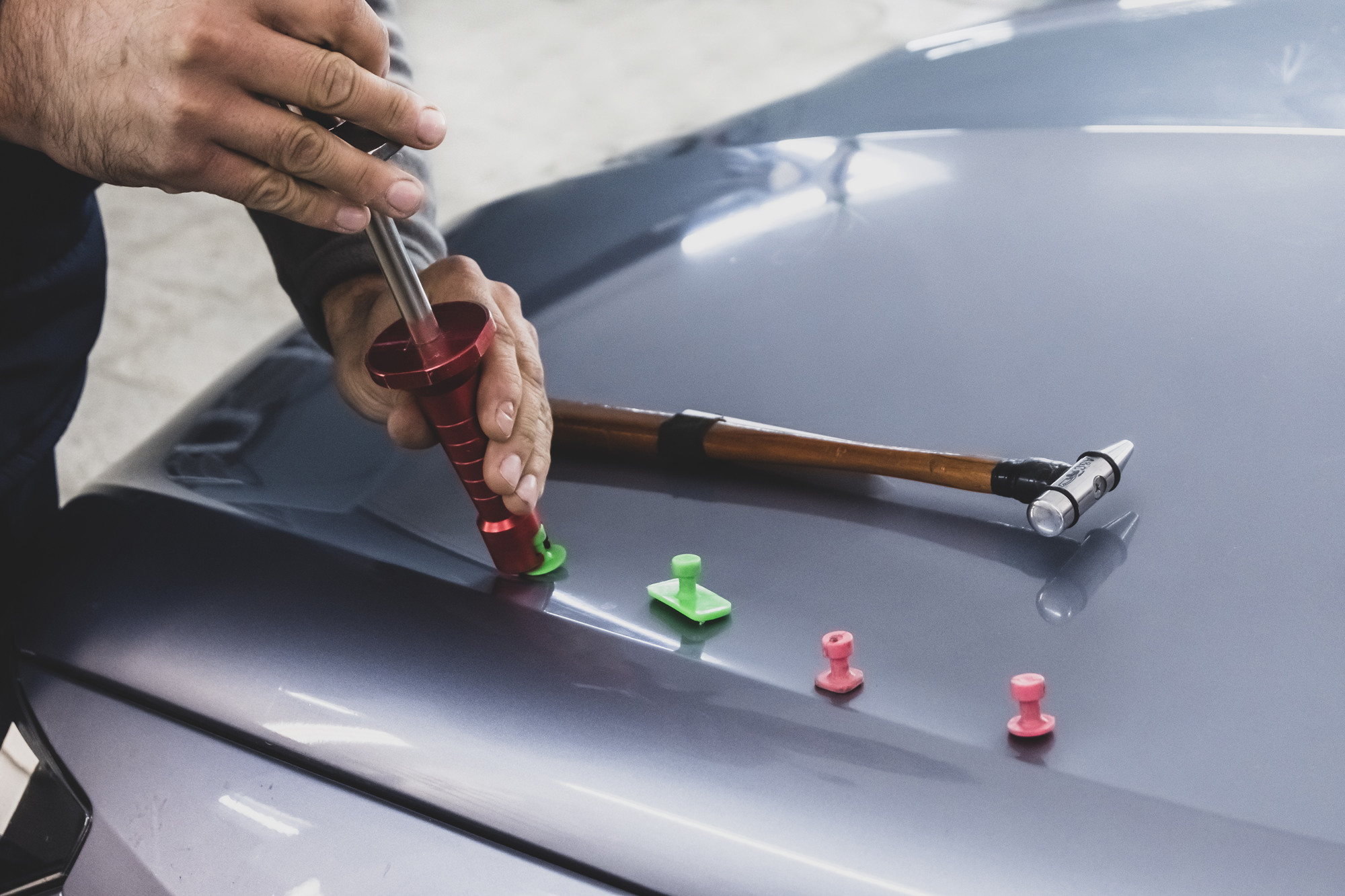 Request a no-obligation quote and

Request your free no-obligation quote now. You can expect it within 4 working hours. With your quote you can then easily book a repair appointment.

Book your repair
Request your quote